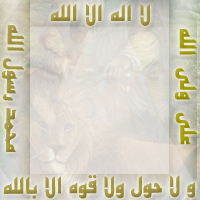 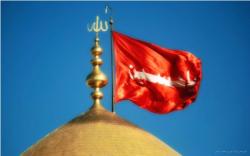 In 'The Seventy Mysteries of the Ancient World', it says:

'Not all scholars believe either that Moses existed or that the Exodus from Egypt ever took place as it is recorded. Many, however, consider that while the biblical account of the miracles of the ten plagues and the crossing of the Red Sea is mythical as it is presented, there is nevertheless a core of historical information contained in the narratives, as found mainly in the books of Exodus, Numbers and Deuteronomy. The two schools of thought are often called 'minimalist' and 'maximalist' and the controversy about the Exodus story is part of a much larger debate about the use of the Hebrew Bible as a source for the history of Israel.

The minamilsts point to a lack of specific evidence in Egypt, sinai or anywhere else. They believe that the Biblical narratives were composed very much later than the events they purport ot describe. also, as there was no such thing as the writing of history at that time, the stoires in the Bible are merely myth and folklore and unreliable and inaccurate.

The maximalists on the other hand, who comprise the majority view, believe that the biblical narrative retains a considerable amount of accurate historical information, collected from various oral and written sources.

Such scholars point out that there is a primary narrative concerning the group led by Moses, who received the Law (Torah) at Mount Sinai. In addition to the Exodus under Moses, the biblical account also preserves traces of several journeys in Sinai, so it is at least possible that the ancestral israelites were coming and going over a long period. While it is impossible to be certain of the route of the Exodus, and of the location of many of the places mentioned by names unknown today in Sinai, these scholars believe that archaeological and historical studies have the potential to throw light on biblical studies.

The maxamilists point to a large body of circumstantial evidence indicating both the presence of Semitic people in Egypt, and the arrival of a new population in the central highlands of Judah in the 13th-12th centuries BC. using the known facts of Egyptian history they demonstrate that from the 19th century BC and perhaps earlier, groups of Semetic nomads ere coming to Egypt to trade, buy food and some to settle if they could, usually in the eastern part of the Nile delta. Among these immigrant groups were the ancestors of the Israelites, the patriarchal clans under Jacob's leadership.

During a subsequent period of Egyptian weakness the descendents of the original settlers established their own rule over the delta region, founding their capital at Avaris., They are known to history as the Hyksos, a name meaning ;chiefs of foreign hill country' - a good description of southern Canaan. their leaders were chased out of Egypt by a resurgent native dyjnasty around the mid-16th century BC. The bulk of the Semitic peasantry remained behind to become part of the agrarian population of the delta. it is these folk who were 'enslaved' in the biblical account.

The pharoahs of the 19th dynasty constructed several cities, and a chain of border fortresses and suppluy depots, to prevent incursions from the bedouin of Sinai and others. To achieve this the pahroahs employed the population of the region in a corvee labour system. among the Egyptian villagers were descendents of Hyksos groups as well as other immigrants, all of them no doubt eager to escape this unwelcome imposition. thus the israelites are said to have left Egypt with a mixed multitude. it is therefore believed by experts that the Exodus fits best into 13th century BC setting, during the long reing of Ramesses II (c1290-1224 BC).

There is little evidence for the conquest of the promised and as related int he books of Joshua and Judges, but there is evidence for the establishment of small farming villages in thsoe hills for the first time. They date to between the 13th and 11th centuries BC, at the same time as the lands bordering the east mediterranean were under attack by migrants from the Aegean world. refugees from the disruption on th ecoastl plain made new lives for themselves in the village sin the hill country inland, where they met up with Israelites coming from the east. There are many signs of technological inovations in the agricultural communities that they established together. One interesting fact is that, in contrast to the conteporaneous coastal settlements, there is no evidence of pig bones among the animal remains from the majority of these villages. This may well indicate not on the presence of Israelites in the hill villages, but also the fact that hit was thei religious beliefs that governed these communities.

There is one other piece of evidence that constitutes conclusive proof for the presence of israel in Canaan by the late 12th and 11th centuries BC. In 1219 the phaoraph Merneptah campaigned through the area in the hope of re-establishing Egyptian control. In the commemorative monument he later se tup at Karank listing his conquests, he noted that among others in Canaan he had utterly destroyed the people of israel. it is ironic that the first extra-biblical note of the existence of israel also lays claim to its total destruction.

So although direct proof for Moses and the Exodus is lacking, there is a considerable body of circumstantial evidence that is hard to ignore